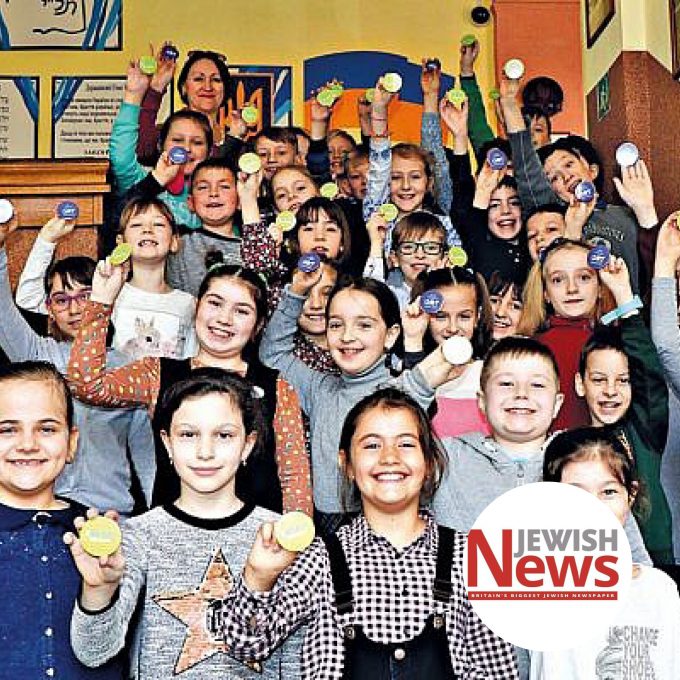 ORT gets it together to mark annual celebration

Events took place in more than 25 countries to mark the 139th anniversary of the signing of ORT’s founding document in St Petersburg, Russia, on April 10th, 1880.

Thousands of ORT students and teachers around the world came together to mark ORT Day – the annual celebration of the world’s leading Jewish education network.

The events took place in more than 25 countries to mark the 139th anniversary of the signing of ORT’s founding document in St Petersburg, Russia, on April 10th, 1880.

It was a day of connection, togetherness and celebration as students, teachers, graduates and beneficiaries acknowledged their membership of a movement which is passionate about making the world a better place through education.

This year’s theme was “ORT Together”, expressed in a series of classes, competitions and social media campaigns. Students demonstrated the ORT Together hand gestures while others made innovative variations of the ORT “O” logo created using their hands, bodies, cakes, flowers and other ideas.

A postcard exchange between students at different ORT schools saw 280 cards sent between Panama and Ukraine, Madrid and Mexico, and Russia and France.

One of the highlights of the day was an interactive quiz, featuring 12 teams of ORT students from around the world, including from Moldova, Colombia and Estonia.

ORT Argentina took first place with an unimprovable 20 correct answers, followed by Colegio Isaac Rabin from Panama with 18, and the team from ORT Marseille in third with 17.

The result sparked huge celebrations at the Buenos Aires school, with students hugging each other and chanting in front of the interactive screen.

Natasha Shaw, ORT Day co-ordinator, said: “There are thousands of students, teachers and friends of ORT from very different communities around the world and it’s our ORT connection that joins us together.

“International ORT Day is a great example of how sharing knowledge and experiences can unite us. The ORT family creates a sense of belonging where we can all learn from each other’s passion and perspective”.