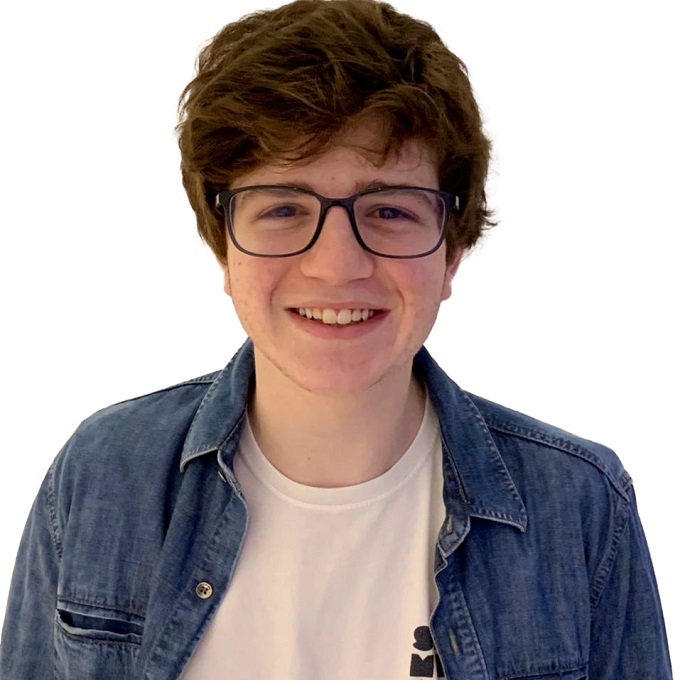 “Thinking about my future, I want to be working on ground-breaking research, somewhere in the line of space exploration or maybe just making everyday life better.

“Everything I have experienced at ORT has been about making life better – for one person, for everyone, it’s the right thing to do.”

For Dan Cukierman, it is clear his remarkable personal achievement is only one part of a bigger global and societal picture.

The Brazilian teenager has just qualified to study Mechanical Engineering at the prestigious Technion – Israel Institute of Technology.

As a student for the past seven years at the Escola de Tecnologia ORT school in Rio de Janeiro, Dan has adopted ORT’s values of innovation and excellence wholeheartedly and now intends to apply them to helping others.

Preparing for his move to Israel later this year, Dan spoke passionately about how his ORT experience has shaped him, how his teachers supported him, and how the school curriculum provided every opportunity for him to excel.

“The school offers technical courses which other schools in Rio just don’t provide. That was a big difference. Others have a standard curriculum, but we dived deeper into certain disciplines,” he said.

“I love Math and Physics and I took a technical course for electronics. That became a major part of my high school experience.”

Dan credits his teachers with motivating him and encouraging him to study harder, while an “excellent atmosphere at the school” ensured a happy environment in which students could thrive academically and socially.

“The teachers were really helpful, especially in the Exact Sciences department, and I enjoyed those classes because I liked the teachers and the subject. I really invested in that.

“With the technical courses you have more choice over what you learn and you are doing something that you really love. I chose electronics, so that meant a lot of physics. I like it and that made me better.”

It is rare for Brazilian students to leave the country to take higher education courses abroad. Dan’s achievement is more remarkable given how few of his peers have made the step to study internationally.

What does he feel the Technion opportunity holds in store?

“It’s an international program, which means it will be in English, not Hebrew,” he explained. “It’s a new program, about two years old. I applied early and had to write an essay about myself. There was an interview and then two weeks later I got the acceptance – a quick process.

“The program starts in August so I will be going to Israel about a month before, to isolate and to adapt to the place. I’m going to learn some Hebrew before I go so that I know the language and can have a life outside of studying. Even though I have good Portuguese and English, Hebrew is not my strong suit.

“I don’t feel like it’s a big issue travelling abroad. I have always wanted to study internationally and my family knew that long before I was accepted into Technion, so I think it will be ok. I’m excited and proud – they are the words I would use.”

Dan Green, World ORT Director General and CEO, said: “We are all delighted for Dan and congratulate him on this fantastic achievement. He personifies the ORT spirit – he has gained an education for life during his time at Escola ORT and is now dedicating himself to working to change the world and improve society in the future.

“I look forward to seeing Dan’s progress at Technion and watching him develop further as an ORT alumni.”