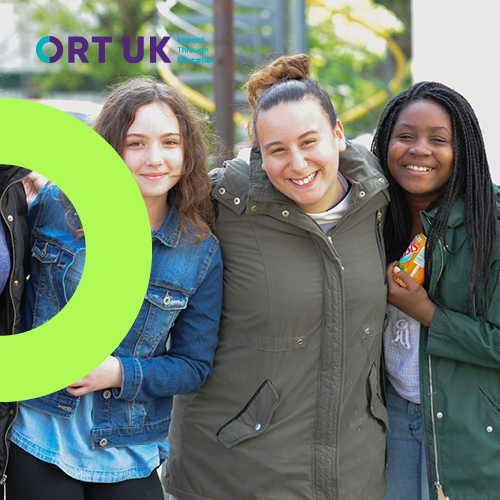 ORT UK raises money for ORT’s work in Israel and the Former Soviet Union through a range of communal events including an annual Business Breakfast, Gala Dinner and Golf Day.

Its careers mentoring program – ORT JUMP – helps hundreds of Jewish high school students gain insight into the world of work each year with a model which is being adopted in the wider community. And its non-denominational bar and batmitzvah twinning program creates meaningful links between families in the British and Ukrainian Jewish communities.

ORT UK was the first fundraising organization within the World ORT Union when it was founded in 1921 as British ORT by Russian immigrants. It supported the ORT School in Berlin and brought 100 of its students to Britain days before war broke out.

Post-war, British ORT provided camp survivors with a range of vocational training from nautical skills to dressmaking. It also established a training farm for those intending to move to Israel.

Two British students attended the Digital Skills Academy for the first time in 2019.

Click Here
We use cookies to ensure that we give you the best experience on our website. If you continue to use this site we will assume that you are happy with it.ACCEPTREAD MORE